Spalding Associates are proud to have established research links with the University of Exeter in Cornwall.

We have co-operated in two areas of research, resulting in new findings and research papers and contributing to our understanding of the conservation value of moths in Britain and Europe.

The genetics of the Sandhill Rustic moth

With Professor Richard ffrench-Constant and the post-doctoral researcher Iva Fukova, we have researched the genetics of the rare Sandhill Rustic moth in Europe, determining that it is a single species despite looking very different in different countries and occupying different habitats. Our genetics research also provides clues as to the origin of the subspecies which occur in Britain; for example the Cornish subspecies is genetically similar to the subspecies found in Kent and Essex, and it may have colonised Cornwall from there.

Is a small population of Sandhill Rustic Luperina nickerlii leechi moths, possibly on the verge of extinction, worthy of conservation effort?

Shedding light on moths: whiter street lighting attracts more moths, but some like it more than others

Like their more visible cousins the butterflies, moths are undergoing rapid population declines. In the case of butterflies these are clearly related to widespread habitat modification but moths also have to compete with lighting at night which can dramatically disrupt their behaviour. We have collaborated with scientists from the University of Exeter’s Tremough Campus and Cornwall College, Newquay to study the impact of different wavelengths of light on moths. The research shows that shorter wavelength street lighting, which appears whiter and emits ultraviolet light, is more attractive to moths than longer wavelength – more yellow – street lighting. We also found that not all moths are equally attracted to shorter wavelength lighting. The variation in how attractive different wavelengths of light are among moths may help to explain differences in the rate of population change between moth groups and will help in conservation work especially for rare species.

Adrian appeared on the BBC programme Inside Out to discuss this research with leading contemporary artist Kurt Jackson against the background of the decline of moths in Britain.

The work has been carried out by Robin Somers-Yeates, from the University of Exeter’s Centre for Ecology and Conservation and the results have been published in Biology Letters. 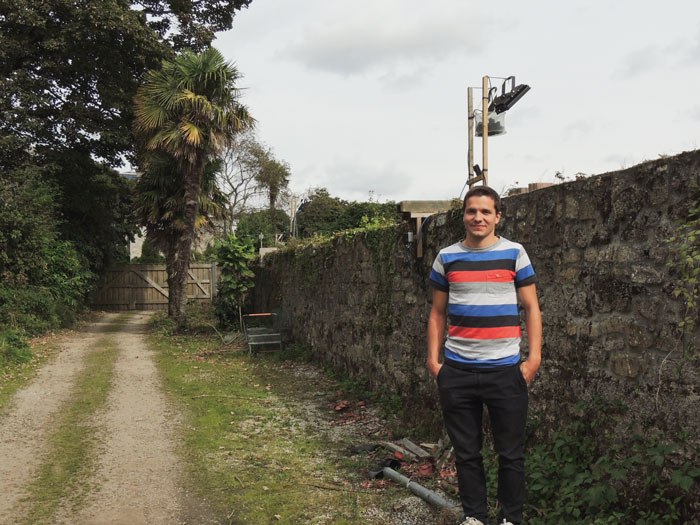 Do you need a bat survey in Devon?